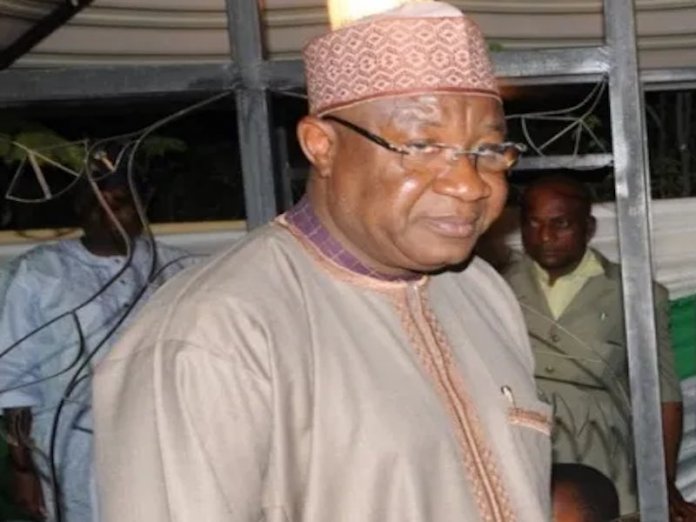 Alex Enumah in Abuja
The Abuja Division of the Federal High Court on Monday issued a bench warrant for the arrest of a former Comptroller General of the Nigeria Customs Service (NCS), Abdullahi Dikko, over his continued failure to appear in court in an alleged corruption and bribery trial.

Dikko is being prosecuted by the Independent Corrupt Practices and other related offences Commission (ICPC) over his involvement in corruption and bribery allegations to the tune of N1.1 billion.

At the resumed trial on Monday, Dikko was not in court and his lawyer, Mr Solomon Akuma (SAN), explained to the court that his client was not in court because he is currently on admission in a London hospital.

Reacting, the trial judge, Justice Ijeoma Ojukwu, recalled that Akuma had on the last adjourned date, promised to ensure that his client attend court Monday, but instead of producing him in court, the lawyer presented a medical report claiming Dikko was critically ill and on admission in London.

The judge added that otherwise, the prosecution should arrest Dikko and produce him in court on March 16, 2020, which is the next adjourned date for arraignment.

The warrant read: ”In the charge marked: FHC/ABJ/CR/21/2019, Dikko is named with two others – a former Assistant Comptroller-General of Customs in charge of Finance, Administration and Technical Services, Garba Makarfi and Umar Hussaini, a lawyer, and owner of Capital Law firm – as defendants.

“Dikko, Makarfi and Hussaini are, among others, accused of inducing the Managing Director of Cambial Limited, Yemi Obadeyi, to pay N1.1 billion (N1,100, 952,380.96) into the account of Capital Law Office as a refundable ‘completion security deposit’ for the purchase of 120 units of duplexes as residential accommodation for officers of the Nigeria Customs Service.”
Hussaini was said to have distributed the money into various other bank accounts and for his part in the deal, he was rewarded with the sum of $3 million.

According to the affidavit deposed to by  Ephraim Otti, ICPC’s legal officer, the illegal activities of Dikko and his co-accused were contrary to the provisions of the law establishing the ICPC; Advance Fee Fraud and Other Fraud Related Offences Act 2006, and Money Laundering (Prohibition) Act, 2011 (as amended).

The Economic and Financial Crimes Commission (EFCC) had recovered several luxury vehicles from a warehouse which the commission said was owned by Dikko.

In another operation by the EFCC on another of Dikko’s properties, several units of tricycles, motorcycles, buses and rug carpets were also recovered.
In June 2016, Dikko was arrested and queried by the EFCC. He surrendered himself to the anti-graft agency after months of being outside the country.
Dikko was said to have acquired a N2 billion mansion in the Jabi district of Abuja.

Another N2.6 billion was also said to have been withdrawn from the account of the Nigeria Customs and paid into several bank accounts belonging to companies allegedly floated by a former Assistant Comptroller General who served under Dikko.

In November 2016, the EFCC through its then spokesperson told the media that Dikko had returned N1 billion to the federal government coffers.

Why Dunkin’ is Worth Nearly $9 Billion

Newspaper is your news, entertainment, music fashion website. We provide you with the latest breaking news and videos straight from the entertainment industry. Fashion fades, only style remains the same. Fashion never stops. There are always projects, opportunities. Clothes mean nothing until someone lives in them.

We would like to show you notifications for the latest news and updates.
Dismiss
Allow Notifications