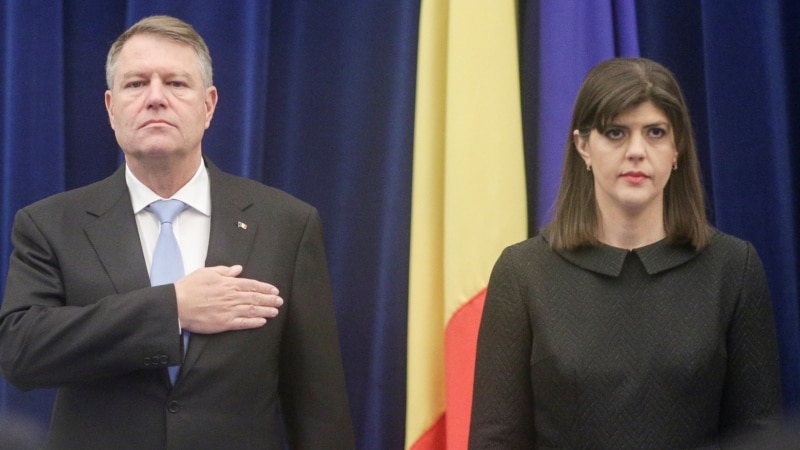 Romania’s President Klaus Iohannis rejected on Monday a request by the justice minister to sack the head of the country’s anti-corruption agency, the latest twist in a row over graft that has spurred large-scale street protests over the past two years.

The anti-corruption prosecution agency, the DNA, has earned the praise of the European Commission for its efforts under Laura Codruta Kovesi to tackle high-level sleaze in Romania.

But Justice Minister Minister Tudorel Toader has accused Kovesi of exceeding her authority and damaging Romania’s image abroad. He launched a legal bid in February to have her sacked, in a move that sparked renewed street protests by anti-graft campaigners.

“[The minister’s] arguments for a revocation did not convince me,” Iohannis, a centrist often at odds with the leftist-led government, told reporters after his advisers had examined Toader’s request.

“Most of the reasons do not even meet the legal provisions,” said Iohannis, who has often praised the DNA’s work.

Romania’s judicial watchdog has also spoken out against dismissing Kovesi.

Responding to the president’s announcement, Toader said on his Facebook page that the government would appeal to the Constitutional Court. He did not say when it would act.

At the same time, DNA prosecutors won 713 convictions, including for four lawmakers, 28 mayors and 30 managers of state institutions and companies. Some trials were years old.

Investigations have shown some public works contracts are overpriced and some payments are made for fictitious works.

Transparency International ranks Romania among the EU’s most corrupt states and Brussels keeps its justice system under special monitoring.

O’Connor: Why baseball needs Derek Jeter today as much as ever

Derek Jeter should have been drafted by the Houston Astros. They held the No. 1 overall pick in 1992,...